Over the last many weeks, I’ve shared with you the first seven ways that coaching my daughter’s youth baseball team was the same as coaching all of my sales teams throughout the course of my 16-year professional career. (See Part 1 and Part 2.) I hope you’re as excited to see the final similarities revealed as I am to share them with you. Let’s start with No. 8.

8) Anyone who’s ever coached youth sports knows that most of the time it’s not the kids that drive you crazy — it’s the parents. Some parents are easier than others. Some parents try to live their childhood dreams of becoming a professional athlete through their children. 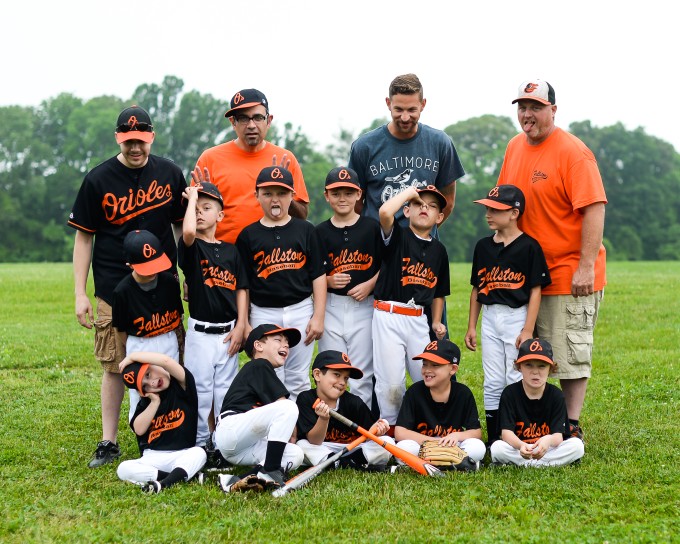 All in all, I was extremely fortunate to have a wonderful team of both children and parents this year. Parents who were very supportive for the most part, and parents who just let my assistant coaches and I do what we signed up to do. It is their trust in us, as coaches, that made me work harder to be a better coach every time I stepped on the field.

Having non-supportive parents can derail your team’s chemistry, and sap the fun out of the game for everyone, including you as the coach. A sales professional having very little to no support system by way of their spouse, family, or friends can derail their career in sales before they ever get started.

A career in sales is hard work — period. Hunt and eat what you kill, while enduring endless rejection. If it was easy, everyone would do it, and there’d be no money in it. There’s a reason why a career in sales is the most lucrative career opportunity in virtually any industry.

What other career can you put in maximum effort and receive maximum monetary reward? I’ve seen more naturally talented career seekers than I’ll ever be fail at lightning speed, and it’s not because of their lack of desire to earn more money than they ever thought was imaginable. Too often than not, failure arrived very quickly because of their lack of support system encouraging them to go for the gold, step out of their comfort zone, and finally be the boss rather than work for the boss.

9) I love baseball, but I’ve always been a better coach than I ever was a player. I can assure you, however, that I’m certainly not perfect, and I made a number of mistakes this season. Not only mistakes with general rules and in game decisions, but also mistakes with how I handled certain on- and off-the-field situations that occurred with players, parents, other coaches and even other teams.

Fortunately, my coaching mistakes didn’t happen at the same frequency as my youth baseball players made fielding errors or struck-out, but in the end, the only way I knew to handle my personal errors was to own them, apologize, and keep moving forward. It’s always tough to please everyone, but the quicker you realize your gaffe and move to correct it, the better off you and your team will be.

Mistakes are inevitable when leading and coaching your sales team just as much as errors are inevitable by your players and sales reps. I’ve made hundreds of mistakes while leading my sales teams over the years — some larger than others.

I know that most strong-willed people will say that you should have “no regrets” in life, but there are certain mistakes that I do actually regret, as they cost me some really close relationships with not only clients and team members, but also personal friends.

Ultimately, I believe that I became a better coach and leader by making those mistakes, albeit, even the larger ones that I now regret. If it wasn’t for making those regretful mistakes, I wouldn’t have been able to understand the sheer consequences of my actions and how to learn from them as to never make those same mistakes again.

Too often, people think that admitting you’ve made a mistake and then apologizing afterward shows a sign of weakness. I couldn’t disagree more. I believe that taking ownership in your mistakes and apologizing sincerely makes you a stronger coach long term and a leader your team members will come to admire and respect more. When it comes to forgiveness, some will, some won’t. Who cares? Move on. It’s the same mantra I’ve always taught my sales reps to recite when they get rejected.

10) My team wouldn’t have been as successful as we were this season if it wasn’t for all of my amazing assistant coaches. The leaders I had helping me this year were second to none. Most of them, if not all, knew how to coach youth baseball through years of prior experience that I just didn’t yet have. I owe them all a debt of gratitude.

The fact that they knew more than I did and that I was able to learn from them was not at all threatening. In fact, it was just the opposite; it was empowering to me and I can’t thank them enough.

Coaching and leading my sales professionals throughout my career has been no different than coaching my youth baseball team this year. I’ve always strived to attract and retain the best possible sales managers, and I purposely always looked to have a management team in place that was more talented and smarter than I was in virtually every category.

They’re the ones who help keep the day-to-day operations moving in the right direction. Without them being the strong coaches and leaders that they’ve always proven to be, I and our team most certainly wouldn’t have received the national attention and recognition that we did.

10.5) Always remind yourself that you are the coach, not the player. Coaches don’t play an infield or outfield position and they don’t step up to the plate during the game. Rather, the most impactful coaches guide their players in the direction that’s best for the player as an individual, while always keeping in mind the greater good of the collective team.

Great coaches put their players in positions to succeed that maximize their player’s strengths while minimizing their weaknesses. Amazing coaches inspire, teach and hold their players accountable. They are excellent communicators who are able to take often complicated concepts and simplify them into easy-to-understand basics.

Am I the greatest of all time — the “G.O.A.T.” of coaching? Of course not, and I probably never will be. But it’s the hunt for greatness that constantly and consistently drives and motivates me to work that much harder to become that much better.

There you have it, 10.5 ways coaching is coaching, no matter whom or what you’re coaching. What did you think? Email me directly, and let me know if you could relate.