“Thanks for coming in; call me in two weeks to discuss.”

“I like what I hear so far; I’ll call you after I read everything.” 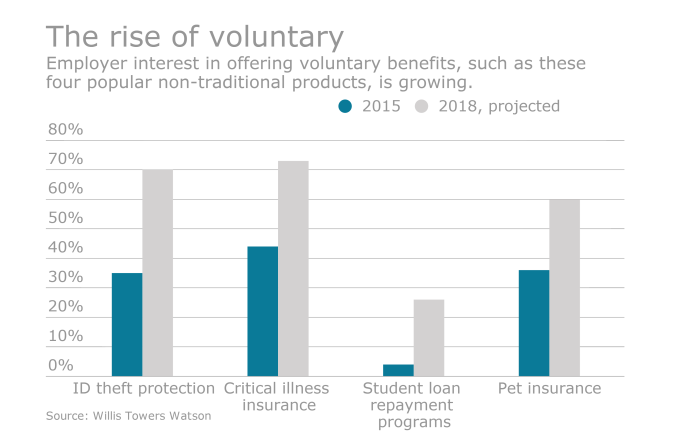 “Sounds good; I’ll think about it.”

Whether I meet a prospect cold off the street, warmly through a mutual connection, or it’s a hot lead from my broker partners, I’ve usually found that closing a new enhanced benefits case with fewer than 100 lives has typically been a one-call close — a virtual no-brainer for the employer. After all, the benefits are 100% employee-funded, making it free for employer to make these benefits available, and they receive tax break when employees participate pre-tax. Further, when implemented properly, the employee morale boost, leading to enhanced productivity the employees, which results in higher profitability for employer. What’s not to love?

Of course, all of this is predicated upon your first meeting being with the actual decision maker(s) and that you know how to properly sell and install these types of benefits.

If you’re like me, getting a firm “yes,” to move forward is the greatest thing ever, and getting a “maybe” is the kiss of death. Believe it or not, I’d rather have a hard “no” then a soft “maybe;” so at least I don’t get my hopes up dreaming about a client that might move forward, but probably won’t. This will save me a tremendous amount of time, energy and mental anguish.

I can show you a proven system that I learned many years ago that works like magic to help ensure you always get one of the following three outcomes after meeting with your prospect:

By getting a “yes,” “no,” or second appointment, you will be able to eliminate “maybe” from your prospect’s vocabulary. How do you do this, you ask? It’s simple. You must begin each meeting by using the “set-up” script.

Like most things that are created, the “set-up” was born out of necessity. I had an old sales manager years ago who became greatly frustrated that he kept getting tons of “maybes,” and he knew there had to be a better way to close deals.

The genesis behind the “set-up” is to illustrate your expectations to your prospect from the beginning of the meeting, while in essence, serving as a verbal contract between two professionals who mutually agree to alleviate future wasted time by eliminating never-ending rounds of phone tag — typically one-sided on your part. Not only does this make your life much easier and less stressful as a sales professional, but it also serves as a thorough guide through the decision-making process for your prospect if they’re not able to make a final decision after your first meeting.

Both versions of the “set-up” have a few things in common to act as the aforementioned verbal contract — getting your prospect to say “yes,” give you a firm “no,” or if they need time to consider; commit to scheduling a written second appointment where you can meet with them again, in person, to get their final decision.

By using the “set-up” properly, you’ll find your prospects, often times, don’t actually need a second appointment and can give you a firm and final decision right then and there, and depending upon your original pitch, hopefully for your sake, it’s a “yes.” However, for the times where a second appointment is needed and scheduled, you may be surprised to learn that after running that next meeting, 99% of the time you’re there to answer a few last-minute questions or concerns and then you’ll find yourself walking out with a closed deal by getting an enthusiastic “yes” with an enrollment date(s).

Curious to read these coveted “set-up” scripts? Please share this article on all of your social media platforms, and don’t forget to tag me! As a thank you and New Year’s gift, I’m more than glad to email you whichever of the two “set-up” scripts you’d like — just let me know which one. Happy Hunting!